Used as a herbal remedy for over 5000 years, ginkgo biloba also has decades of robust scientific research to back up its many potential benefits, which include supporting circulation and mental function.

The Ginkgo biloba tree produces fan-shaped leaves containing a range of biologically active compounds. Together, these natural compounds demonstrate benefits to human health including antioxidant action and boosting blood flow to the extremities.

Biloba is linked in research to a number of benefits including:

Bio-Biloba from Pharma Nord is the only ginkgo biloba tablet available in the UK with a Traditional Herbal Remedy (THR) licence from medicines watchdog the MHRA. This means you can be assured of the product’s safety and quality. 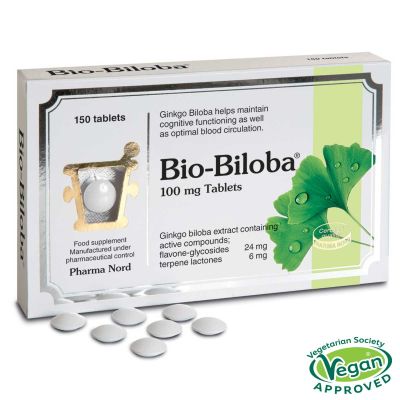 The Birth of A.Vogel
Turmeric
Tweets by @NaturalifeHQ