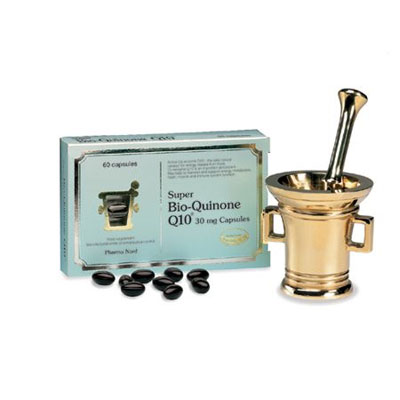 Q10 is vital for energy production and can support a healthy heart and healthy gums.  People prescribed cholesterol lowering statin drugs may also benefit as they can block the body’s production of Coenzyme Q10.

Coenzyme Q10 (also known as ubiqinone) is a vitamin like substance which plays a vital role in the bodys energy supply mechanism, acting in conjunction with enzymes (hence the name coenzyme Q10) to convert sugars and fat into energy.  Coenzyme Q10 is also important as an antioxidant within the body.  Coenzyme quinones occur in several chemical forms, with coenzyme Q10 being the only form found in human tissues.

There are no reviews yet.